Saturday, January 31, 2015. 17:00.
For this particular episode of "Saturday Night at the Movies" for Classic FM, Tommy Pearson indulged in a conversation with James Horner in the summer of 2012, at his home in Los Angeles.
Contained within the two hour running time is a well thought out, in depth and intelligent conversation between two people… one, a passionate music lover, the other, a true genius of the modern art of music composition and its magical ability to break and heal our hearts and souls. In this quiet conversation, James Horner gives us insights into how he began his film scoring career, from the time of Roger Corman, to the times of Titanic, to the present time where his composing has slowed down and the classical arena has come calling like a long lost friend.

“What working for Roger did for me, was it helped my procedural skills. How to produce music for literally nothing and how to write the best music for the films that they were.”

“My peers at the time, people who were most respected at that time, and who I looked up to, were John Williams, Jerry Goldsmith and Elmer Bernstein. I would often be at their recording sessions listening to everything.”

James speaks about the processes involved as well as the people involved in this long lived problem of fixing film with music.

“In all the films I work on, there’s always that “What is the heart of the film?”, and I try and nail that.”

“Apollo 13 is really good example of something that is a tricky puzzle. You’re a composer, and you’re brought a story to score… to tell a story and you’ve got to make the audience forget they know the end. It’s historical and they already know it’s going to end a certain way. You have to be able to suspend that knowledge in the intense storytelling.”

Mixed into this conversation are sound clips (generally Main Titles and notable cues) from various scores of the master, including Battle Beyond the Stars, Star Trek II – The Wrath of Khan, Apollo 13 and Titanic. Included, also are pieces by composers close to James' heart, with one notable piece being the famous and exquisite Symphonie fantastique (a subtitled name for the original title: Episode de la Vie d'un Artiste) by the French composer Hector Berlioz, a true 19th century great. 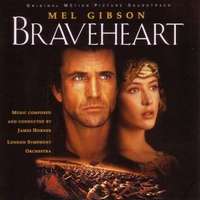 James Horner also speaks about the importance of collaborations and friendships within the often volatile world that is Hollywood, and how such unions make the entire creation process not only bearable, but successful in the present and for all time. The maestro's friendships with Mel Gibson, Ron Howard and James Cameron are explored, giving us a unique perspective on how and why the scores composed for their respective films, are etched into the consciousness of our souls and will remain forever, darlings of the film music world. Speaking of Mel Gibson and Braveheart:

“Mel is brilliant. He was so easy, so full of experience. He knew how much space I needed. I’ve always been partial to Celtic music and the music of that world. It was a natural world for me to work in… that musically, the colour of language, the instruments. The melodies I chose. The instruments I chose. An uilleann pipe as opposed to a big Scottish bagpipe. These are subtleties lost to a lot of people. It’s all about colours and that’s what makes it emotional.”

On being asked how he got involved with Titanic,

"I asked James (Cameron) for an interview… something I almost never do. James had also been thinking of me. He told me it had to be as emotional as possible… no violins! … … I did use violins!"

As we are all aware, Titanic was not an easy film to make and constant delays and studio pressure made things inevitably worse and speaking to Cameron in the midst of these immense studio pressures,
James reflects to Cameron:

"You're in the best possible position because the whole world thinks it'll be a complete disaster… but we know it's beautiful… brilliant. It's too good a movie."

James also reflects briefly on Avatar and the difficult process of scoring that landmark film, where many of Horner's cues were at first rejected by Cameron early on, but brought back later on, again highlighting the trust shared between him and James Cameron. The two contributed to creating what ultimately became a history-making piece of cinematic art.
Perhaps the most intriguing part of this conversation comes at the very end, where James speaks briefly about the opportunity to score Peter Jackson’s The Lord of the Rings and the reasons why he turned it down. Despite this, he praises Howard Shore’s efforts with affection. 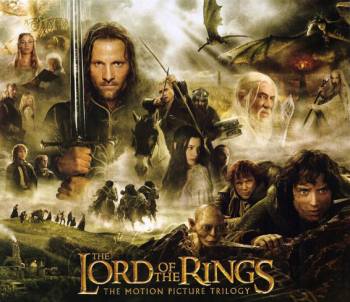 “There was one I would have really loved to have done. It was right after Titanic, Peter Jackson asked me to do the trilogy. The Lord of the Rings. He was unknown at the time. What was on the horizon was very different. I could not be in New Zealand for a year. I just had a responsibility here, my daughter had just gone through surgery… so I turned it down. Those things happen for a reason and I don’t regret it. I just see it as an interesting footnote.” 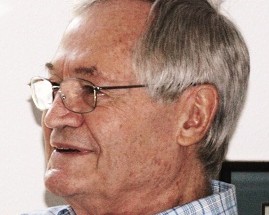