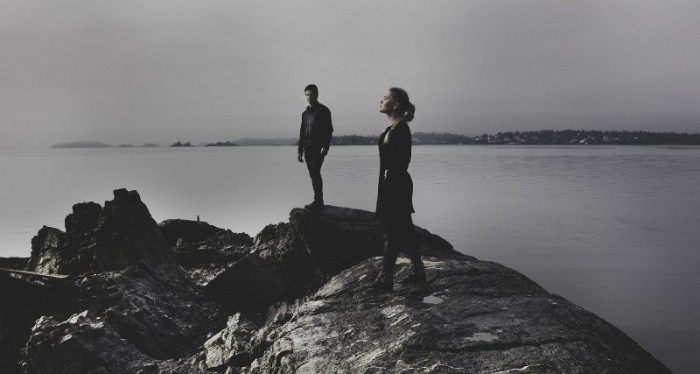 Today marks the worldwide release of Mari and Håkon Samuelsen’s first album James Horner – Pas De Deux, including the double concerto written especially for the two by the esteemed composer James Horner. The album also features other riveting performances including Mari Samuelsen performing Fratres by Arvo Pärt, Håkon Samuelsen performing Violoncelles, Vibrez! by Giovanni Sollima, where he is also joined by the talented American cellist, Alisa Weilerstein, as well as the two siblings performing Divenire by Ludovico Einaudi.
The Norwegian public has already been given a head start, with the album being released on May 11th. Following the tremendously well-received concert featuring the Nordic premiere of Pas De Deux in Stavanger on May 13th, it would come as no surprise that the album was headed for a good reception. 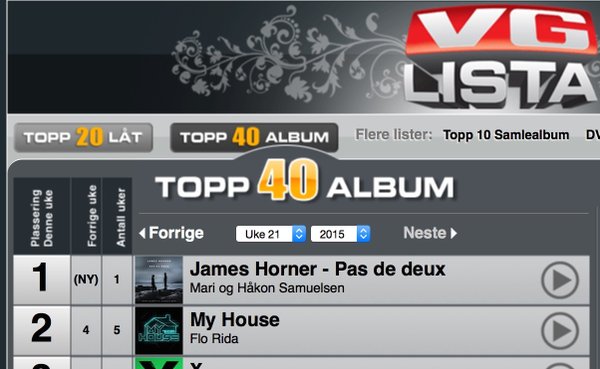 source: lista.vg.no
However, few, if any, could have anticipated the success that was in store. On Friday, May 22nd, it was announced by VG, one of Norway’s largest newspapers, that the album had rocketed into first place on the official Norwegian record chart, even surpassing artists like Ed Sheeran! This is an astonishing feat, being both a debut album and a classical album. The last time this happened was in 1995, when Norwegian violinist Arve Tellefsen, who also happens to be one of Mari Samuelsen’s former teachers, saw his album Acro in first place of the charts.
Mari and Håkon Samuelsen says:

“The dream has come true. We are very happy, proud and at the same time humble after many years of hard work with this album. It is a fantastic feeling to be at the top of the VG-lista record chart with a classical album. We are very grateful to the entire super-team that is a part of this success”

“I am thrilled and delighted that Pas de Deux has been so warmly received. I am also very honoured to be associated with Mari and Hakon Samuelsen's marvelous, magical performance of the piece. This is really a dream come true for me“

The success is of course well-deserved, given the outstanding quality of the album and the skillfulness of the Samuelsens, and also is a great example of classical music still having an appeal to the general public. We can only hope the rest of the world welcomes Pas De Deux in the same manner in the coming weeks.
All of us at James Horner Film Music extend our warmest congratulations to everyone involved and look forward to what the future may hold for these two talented musicians. 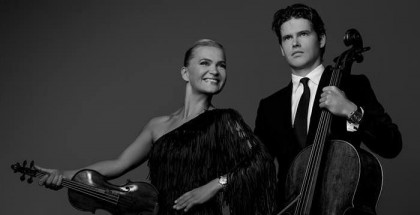 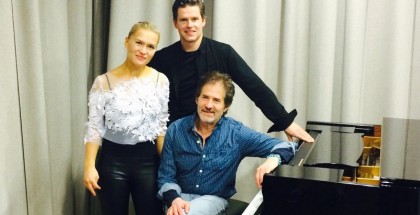 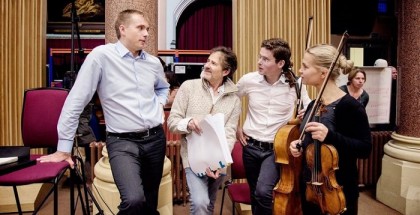 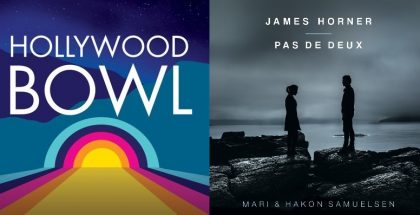 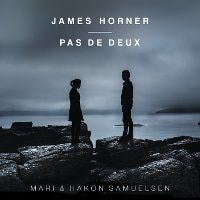