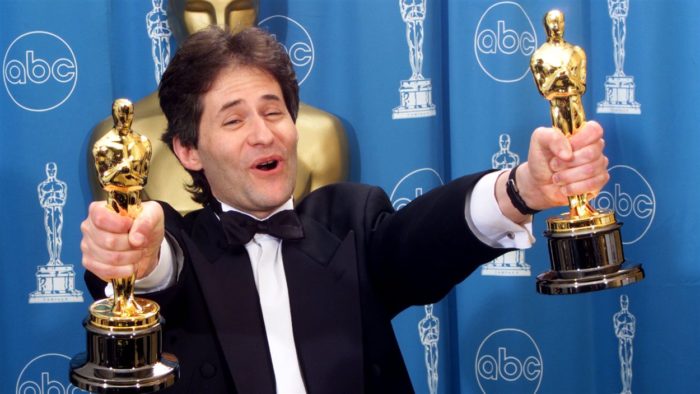 It’s been twenty years now since James Horner was awarded two awards from the Academy of Motion Picture Arts and Sciences for his work on Titanic (1997). James Horner Film Music looks back at this time and explores with Sara Horner, the composer’s widow, this defining moment in James’s career and in their lives.
The second half of the 90s undoubtedly placed James Horner at the top of music made for cinema. The main characteristic of this period is the impressive chain of important scores for box office successes. Indeed, over a very short period, we witnessed the creation of Legends of the Fall (1994), Apollo 13 (1995) Braveheart (1995), The Mask of Zorro (1998) and, of course, Titanic (1997). Furthermore, along with these commercial and artistic successes came musical jewels such as Balto (1995), Casper (1995), The Spitfire Grill (1996), and Deep Impact (1998). This truly was a blessed and inspired period, drawing to a close a titanic decade which saw the creation of forty-one original scores for cinema—a time of creative fertility that Sara Horner, the composer’s wife, describes as follows:

“James wrote music all the time, day after day. He did this before Titanic, he did it during Titanic, and he did it afterwards. And he worked with many directors. So, the creation of the music was quietly in the background of our lives and just a part of life. It was interwoven with all of the other music James wrote.”

Like Avatar by the same director, Titanic occupies a special place in the composer’s career, because of both the size of the project and its success with the public. Between the first discussions with James Cameron and the last recording session in October 1997, the creation of Titanic's music spread over the course of an entire year.

“Titanic was a world unto itself. The film and the music were embedded in a long period of creation that was largely invisible to me. They inhabited the minds and hearts of their creators,” Sara explained to us.

Titanic indeed changed the lives of its creators who invested their hearts into this colossal project and, despite the pressure of studios concerned about soaring budgets, managed to maintain their artistic approach, to make manifest their imagination.

“If I had one thing to say about the entirety of the film I would say that it was not of this world. It was really of a world that came from its creators and lived within them. Somehow, they managed to manifest this imaginary reality and bring it into and allow it to become part of the real world. I was not part of its creation. I was just present at its manifestation.”

After the travails of production, the film was complete, and Titanic became a phenomenon, a cinematographic and emotional shock because the audience was so profoundly affected by the vision of the authors. Audiences connected to all the score's elements: the romance, the passion, the tragedy, the life and death of it. The Oscars, held on March 23, 1998, could do little but celebrate and fuel this craze.

“The Academy Award ceremony was just part of the release of Titanic into the world and the response of the audience to film, the music, and the song.”

Allowing for some deeper introspection, Sara Horner shared with us the effect Titanic had on the composer's life:

“Its arrival into the real world was exhilarating and overwhelming in its magnitude. It generated enormous attention and public interest in our very private life. I think it was both wonderful and gratifying but also a huge influx of energy into a very sensitive and private man. It both affirmed his gift and exposed his gift. For someone as private as James was, who spent most of his days and nights in his studio pulling notes and orchestral chords out of the atmosphere, it was a huge public intrusion, in a sense, into a very gentle being. It is my belief that as gratifying as the experience was and as much as it deeply fulfilled James’s reason for being in this world, and by that I don’t mean it’s box office success, but its success at reaching into the hearts of others, the experience was overwhelming in its magnitude.
James was a very gentle being. He had a kind of intuitive communication with the world around him and for which he needed a protected environment. I have always felt that the magnitude of the public response to Titanic was, in spite of its singularity as a box office sensation and its provision of an awareness of James’s work to a much larger audience, almost too much. I feel like it changed James. My experience of it was that it was an intrusion into our lives and its power rippled through our family and our lives and disturbed and distorted them. Dealing with that level of public accolade and notoriety is challenging and, in many ways, we were unprepared. We lived a very secluded life. Eventually we all adjusted but I don’t think James was quite the same ever again. He was warier, and more anxious and more reclusive. It took many years before he relaxed back into his old self. In a sense I would say it caused him to age and it is for me, the line between his youth, and the rest of his life.”

In the years following the phenomenon of Titanic, James Horner continued on with an initial focus on large-scale Hollywood fare such as The Perfect Storm (2000), Windtalkers (2002), and Troy (2004), but he also consciously scaled his efforts back to more personal projects that harkened back to the sentiments and intimacy of scores like House of Cards (1993) by writing for such smaller, character-driven films like A Beautiful Mind (2001), Bobby Jones: Stroke of Genius (2004) and The Chumscrubber (2005). He seemed to leave Hollywood behind; but for every The Life Before Her Eyes (2008), an Avatar waited in the wings…
Titanic was such a landmark film in map of Horner’s career, that followers of his work have long divided his oeuvre into parts characterized as pre- and post-Titanic, in part because the composer perhaps had greater freedom in what projects to take on, to work on what interested him personally. The generous sharing of personal memories of the time leading up to and away from this key moment gives us also a glimpse into how the project and the attention it brought changed the internal landscape of the creator’s being. Film music, both from a public perspective, and the creative output of its author, would never be the same.
Photo credits: © Reuters. 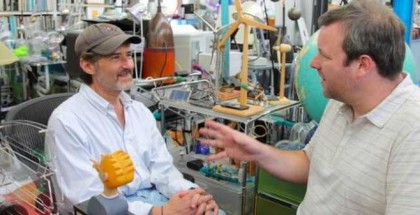