In a brief video promoting the release of the Collage album, James Horner discusses his approach to the piece, the reason for the title, and his appreciation of the horn. Additionally, Mari and Håkon Samuelsen explain their admiration for Horner's distinct style. Published by Decca Classics.

The highly publicized interview where the composer James Horner reveals he composed music for the Avatar attraction Animal Kingdom Disney World (Florida) and that James Cameron is trying to regroup four scripts in three films.
Published by heyuguys.com.

For the premiere of the National Geographic large-screen film Living in the Age of Airplanes, director Brian Terwilliger and composer James Horner talk with entertainment host Andrew Freund about the core message of the film inflight aboard an Emirates A380 – a first for a film premiere! Published by Andrew Freund.

A brief but very insightful conversation with James Horner about his writing process, featuring music from his best known scores as performed live at Hollywood in Vienna. Published by the Kulturblick.TV.

A collage of interviews with John Williams, Patrick Doyle, George Fenton, and James Horner as they explain "What the LSO [London Symphony Orchestra] means to me". They each recall their history with the orchestra, going back to their earliest experiences. Horner's excerpts are especially insightful as he details both the exceptional benefits film music enjoys through their unique performance capabilities and the particular considerations a composer-conductor ought keep in mind when working with this storied orchestra. Published by the London Symphony Orchestra.

Video interview about the music for James Camerson’s Titanic. The video features footage from the 1997 scoring sessions for the bestselling soundtrack. The composer talks about writing the score and the hit song My Heart Will Go On. Published by CNN

A short interview at the red carpet of the world premiere of Titanic 3D in London in April 2012. James Horner evokes the romance of history. Published by Movieweb

At 34'40 we can see James Horner work alongside Jean-Jacques Annaud and Qatari singer Fahad Al-Kubaisi on the musical opening of the film. James Horner explains what was interesting in this project. Published by WarnerBrosPicturesFrance

James Horner presents the music of Black Gold during his visit in Doha festival in fall 2011. He talks about his collaboration with director Jean-Jacques Annaud, shares his way of working and gives advice to young filmmakers to choose a composer. Published by Doha Film Institute

James Horner loves flying. Even more important, he loves Mustangs, their thundering Merlin engines, and aerobatics formation…  This film documents how the Horsemen team and the composer landed there together and takes you behind the scenes as James Horner records his musical masterpiece. The score has captured the pure essence of flight and expressed its soul. Published by ASB TV Channel 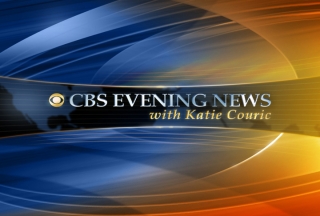 James Horner composed the new music for the CBS Evening News with Katie Couric. After a presentation of James Horner  and a brief discussion between the composer and Katie Couric, this documentary shows some of the recording sessions of the program's credits, gave the floor to some musicians among them horn player James Thatcher. We can also see sound engineer Simon Rhodes. James Horner evokes the particularity of the project: the field of television proved to be a different discipline for a movie maestro.
Published by CBSNEWS

In 2005, James Horner gave a TED Talk in which he discussed his craft and the difficulties of writing for film. While the original length of his talk was 15 minutes, this video is edited to 7 minutes because of clearance issues regarding the use of film clips. It's a shame the entirety of the talk cannot be shared, because according to Horner's friend, musician Thomas Dolby, Horner offered a live example of composing for film right on the stage, using the famous "Flying" sequence from Titanic which captivated the audience in attendance.
Published by TED blog video.

James Horner accepts the Favorite Soundtrack Award for Titanic at the American Music Awards on January 11, 1999. He is joined by Celine Dion, whom he thanks personally for the award.
Published by Dick Clark Productions.

This historic document begins with a short introduction by Professor Steve Loza and an intervention of Scott Lipscomb.
James Horner starts talking at 00:19:16.
The composer explains the following topics:
His career, his work for Roger Corman, why he has chosen film music, how to get hired on a movie, how the Oscars operate, handling directors who are too close to their temp tracks, orchestrating on his own vs assigning an orchestrator, his work on Aliens, working within Hollywood where each idea has to be unique (the well known opinion about series of paintings for different clients), comparing film composing to Haydn being a court composer, Mozart writing for his employers and so on, ghost writing in Hollywood …

The Australian program The Movie Show (episode 42) interviews The Rocketeer's composer James Horner. The composer talks about the process of creating music, the difficulties and the short time it took for the composition.
Published by SBS

A very short interview made during the recording sessions of Avatar. The mixing of the trailer with the Audiomachine track and the score of James Horner give a curious mixture. James Horner talks about the duration of the music composition.
Published by Reelz.

Between 0'40 and 1'42 Interview of James Horner at Avatar Premiere, Los Angeles in December 2009. The composer
briefly talks about his way of composing without the film being completed.
Published by HeyUGuys.

Interview at Avatar Premiere, London in December 2009 by David Bass. James Horner explains the different approaches between Titanic and Avatar. He also talks about the colors of the soundtrack.
Published by Daveyboyz.

Director James Cameron wasn't the only one who relied on technological advances to give Avatar an otherworldly feel. Award-winning film composer James Horner also broke new ground with his compelling soundtrack, relying on Pro Tools|HD and Sibelius to compose the music, orchestrate parts, and sculpt otherworldly sonic textures.
Published by AVID.

The Public Broadcasting Service (PBS), non-profit public broadcasting television network in the United States, propose us a discussion between James Horner discusses and Tavis Smiley about his process of scoring.
Published by PBS