The launch of the trailer of Brian J. Terwilliger's latest film unveiled the name of its composer: James Horner!
Planned for 2015, Aviation: The Invisible Highway is a documentary shot in high definition, such as the young director's previous film One Six Right: The Romance of Flying (2005).
Shot in 18 countries across seven continents, The Invisible Highway explores the global impact of the aviation development.
After his collaboration with the aerobatic team, the Horsemen Cometh, and his participation in the short film First In Flight featuring the famous aviation pioneers, the Wright brothers, it is quite logical to find the composer – a big flight enthusiast – on such a project. 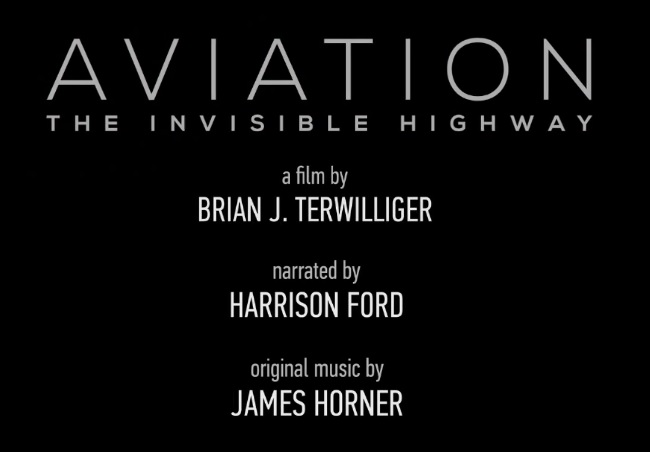 The official website of the documentary: aviationtheinvisiblehighway.com
The site of the production company of Brian J. Terwilliger: terwilligerproductions.com/
Photo credit: © Terwilliger Productions