In December, a first trailer of Living in the Age of Airplanes (formerly Aviation: The Invisible Highway) was published without the music of James Horner. Today, a new trailer has been uploaded, but this time it is accompanied by notes from the composer.
Living in the Age of Airplanes is a story about how the airplane has changed the world. Filmed in 18 countries across all 7 continents, this documentary is produced and directed by Brian J. Terwilliger (One Six Right), narrated by Harrison Ford. 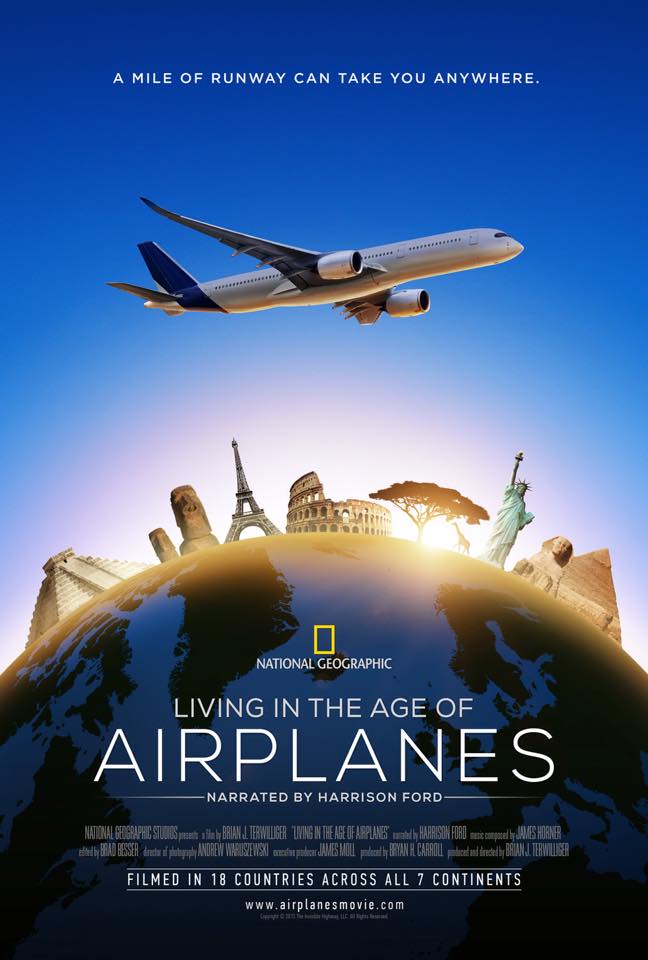 National Geographic Studios will be distributing the film worldwide to Giant Screen, IMAX®, Digital and Museum Cinemas beginning April 10th.
A soundtrack will be released around the same time when the film comes out on DVD and Blu-ray.
Official website: airplanesmovie.com