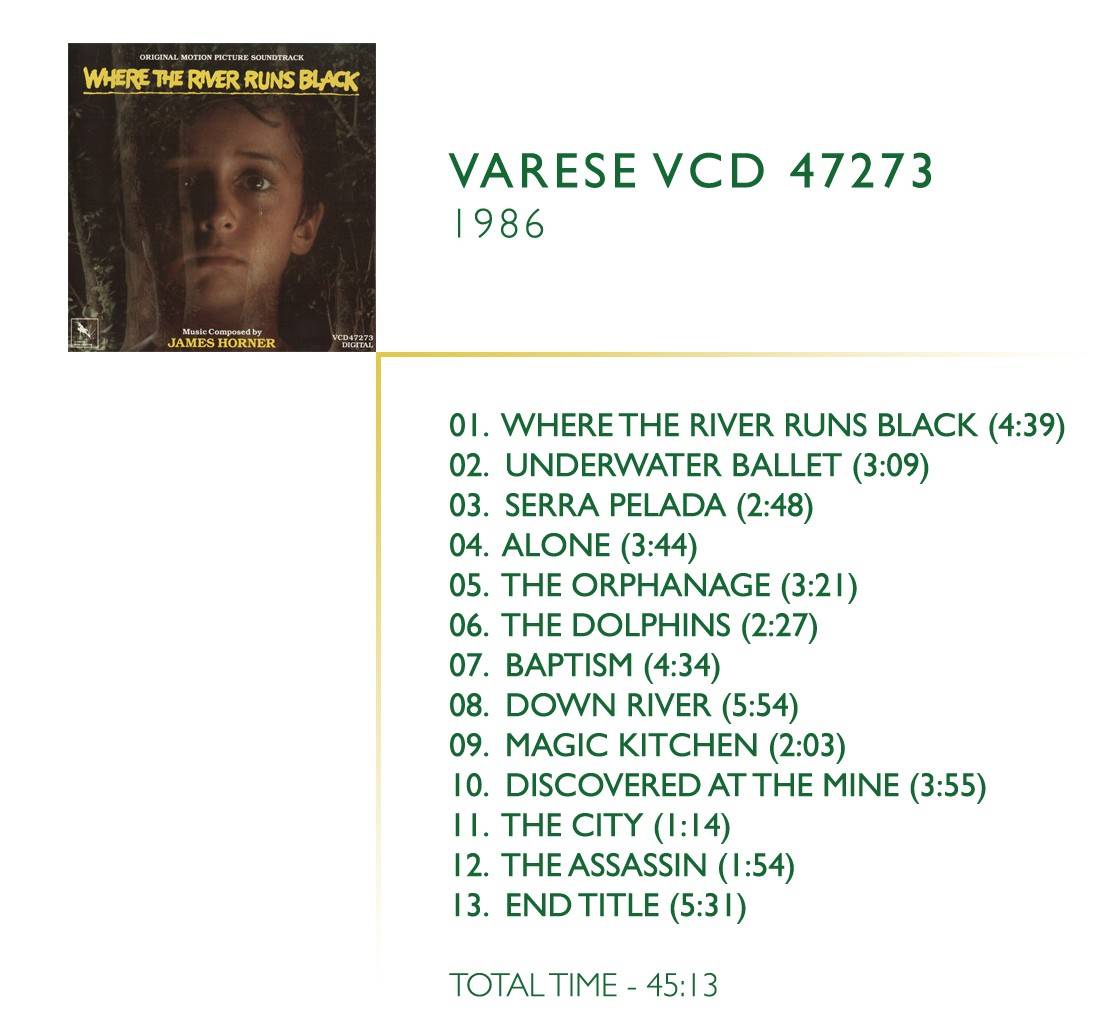 After Aliens and An American Tail were recorded with the London Symphony Orchestra, James Horner turned to two films that required a minimalist approach, not symphonic: Where The River Runs Black and The Name Of The Rose, both released on the 19th and 24th of September 1986 respectively, in the US. No doubt composed and recorded during the summer, both scores are electronic and this film, by Christopher Cain, features ethnic elements. Indeed, after The Stone Boy in 1984, James Horner reteams with this director for Where The River Runs Black, a film telling the story of a little boy who[...]