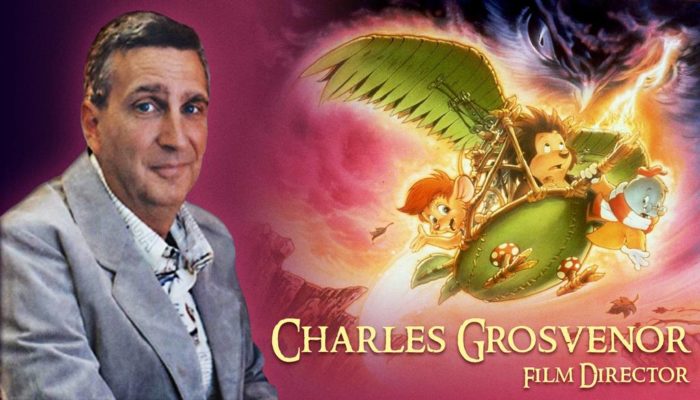 Hot on the heels of A Far Off Place and just prior to Searching For Bobby Fischer (both 1993), James Horner was asked by producer David Kirschner to score a modestly budgeted animation movie called Once Upon a Forest. Kirschner and Horner had first joined forces on An American Tail (1986) and they went on to collaborate on Fievel Goes West (1991), The Pagemaster (1994) and Hocus Pocus (1993). (James Horner was originally slated to score Hocus Pocus but had to bow out due to scheduling conflicts, handing over scoring duties to John Debney, who was barely a blip on anyone’s radar back then. However, Horner did write the “Garden Of Magic” theme, sung in the film by Sarah Jessica Parker.)
Once Upon a Forest was directed by Charles Grosvenor, who agreed to do an interview specifically for the purposes of this article. We cannot thank him enough for his collaboration.
James Horner Film Music: When did you meet James Horner? Was it producer David Kirschner who brought Mr. Horner aboard? As you know, they had already worked together on the two American Tail movies.
Charles Grosvenor: I met James sometime in 1991. When it came time to select a composer to write the score for Once Upon a Forest, David Kirschner asked me who I would prefer: James Horner or Randy Newman. I was a fan of Newman’s work, particularly his score for The Natural (1984), but I was more drawn to James’s symphonic approach. Plus, he had scored animated features already. (Newman’s great Toy Story work was still a few years away.) So I said to David I would prefer James. He agreed, and away we went.
JHFM: You have probably worked with a number of film composers so far. Did James Horner in any way stand out? If so, how was working with him different from working with other film composers?
CG: James stood out as having a great personal presence. Some said it was an affectation, but I found him very genuine. His shyness was, I’m sure, read by some others as aloofness, but I really don’t feel that was the case. He was also unquestionably a genius. Writing music has always seemed to me a magical endeavor, so I am inherently in awe of composers. (Mike Tavera – who we had score our Land Before Time sequels in James’s style – once told me, in turn, that he found us visual artists magicians in our own right.) But there was obviously something very special about James. And I was very excited that he was to score Forest. 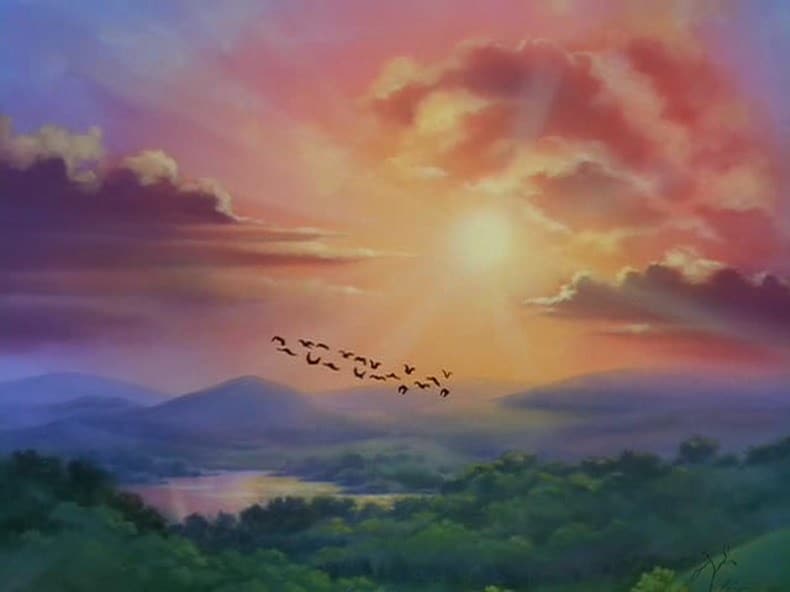 JHFM: Do you remember sitting down with Mr. Horner to discuss general ideas for the score? How much freedom did you allow him? What were your own ideas for the score and did you have notes for him on a general level?
CG: We did discuss general ideas for the score, over lunch and a couple of meetings at his Calabasas studio. (The studio was a beautiful building set a bit apart from his family house.) The discussions were quite general, about woodland themes, the importance of the natural environment, man’s threat to that environment, and the coming of age of our three young protagonists. James was given a great deal of creative freedom to come up with how these themes were to best be handled musically.
JHFM: Do you remember what Mr. Horner himself wanted to put into the score? Did he have any strong feelings about this particular score?
CG: The 28 years since our project have dimmed my memory, but I do recall that James seemed quite sympathetic to the “vulnerable environment” concept, and the value in creating a vehicle (the film) to raise this awareness in children. He had a couple of young daughters then, so I suspect they factored into his feelings about the subject.
JHFM: Did you spot the music together? How did you decide where to start and stop individual score cues?
CG: We did not specifically spot the music together. We talked about cues in general terms, but no start and stop points were determined. That was left to James. As James explained to me, he liked to write emotional cues for a sequence, painting an overall musical feel and not hitting a lot of specific animated actions with accents. Consequently, he also tended to write relatively long cues. Some adjustments were, of course, made in the final editing of the music into the picture… but not many. 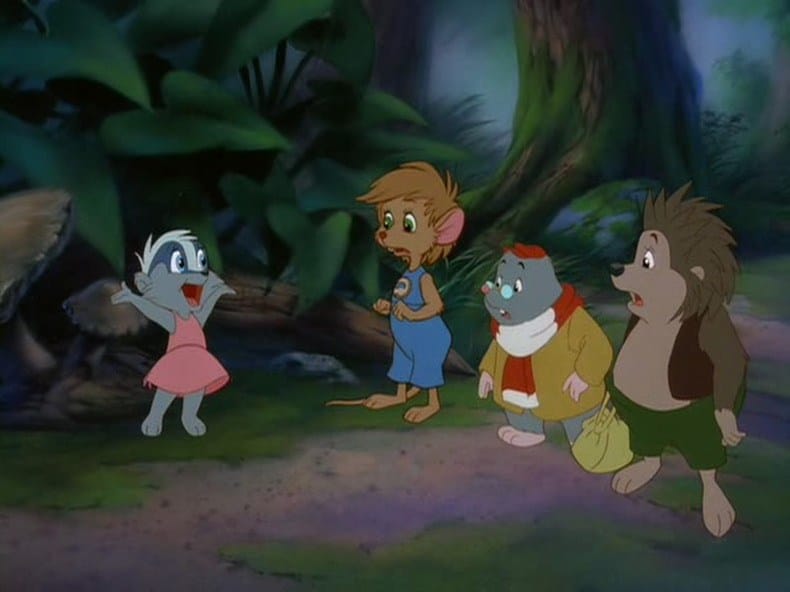 JHFM: Did you discuss themes and melodies? Did you ask for particular musical ideas to be linked to particular concepts or characters in the movie?
CG: Yes, we did discuss themes for the film. But these were, again, in general terms. We agreed there needed to be an approach for the environment, for the “furlings” (our three heroes), for their badger mentor (Cornelius), and for the great flying contraption, the flapper-wing-a-ma-thing. I discussed these points with James, but I did not sit down with him at the piano and go over the specifics of the musical themes. That was left to James.
JHFM: Did you discuss the ecological dimension of the story? If so, how did you and Mr. Horner want the score to reflect this?
CG: We did, as I mentioned before. We wanted the score to really stress and reflect that the forest was a living character and that its ecology was just as important, if not more so, than the lives of our individual characters.
JHFM: Could you tell us about the ten minutes that were cut from the film and how this may have impacted the underscore? When exactly during (post-)production were these scenes cut and had any underscore or source music already been composed for them?
CG: The sequence that was cut involved a swan (voiced by Glenn Close) who was tangled up in fishing wire. Our three heroes free her, and she, in turn, offers her thanks by flying them to the goal of their quest, the meadow at Willow Brook. … Well, the picture was getting too long and starting to feel a bit ponderous and segmented. So with a very slight adjustment, our heroes got themselves to Willow Brook. This sequence, which I think was a bit shorter than ten minutes, was fully animated and the footage was cut into the building film as a pencil test. It never went to full color before it was removed. To the best of my knowledge James never scored anything for this sequence.
JHFM: The song Once Upon A Time With Me plays over the end credits. Who came up with the idea for this particular song and how did it develop? Do you remember how soloist Florence Warner Jones got involved? 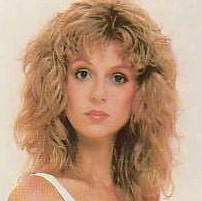 CG: This was all James. I really had very little, if anything, to do with it. How Florence Warner Jones got involved is a mystery to me. Overall, I must confess that I don’t care too much for the song. James was trying to broaden his musical horizons at the time and get into song writing, and I think this song shows that. It feels more like a symphonic score with words than a true song. But I suppose even geniuses have their false starts. Just five years later there’s James writing My Heart Will Go On, which, to me, is one of the all-time great movie songs.
JHFM: Did you attend the London recording sessions and if so, do you have some anecdotes to share with us about them?
CG: No, I did not attend the London recording sessions. In fact, London recordings were very problematic for Forest throughout the production. We had originally cast Peter O’Toole to voice Cornelius, the badger inventor, but then, literally a few days before I was to leave for the London recordings, the Iraq-Kuwait war of 1990-91 broke out. Heathrow was ringed with tanks, and the recording session with O’Toole was called off. (Scheduling problems with O’Toole caused us to abandon him for the role, and Michael Crawford, who was then riding high as the phantom in The Phantom of the Opera, voiced Cornelius instead.) So, too, with the musical score. A date was set, and I was planning to go. But some other political flap raised its head, and James was forced to cancel the session. By the time it was re-scheduled, the film was at a critical stage, and I was unable to leave our “command central” in Hollywood. I do regret, though, that I was unable to attend the recording session. [Side Note: When the recording session was initially cancelled, I was called on the carpet by my bosses and James’s agent, Michael Gorfaine. The anger towards me in the room was palpable, and I thought I was about to be fired. I kept insisting that it was James’s decision, but no one believed me. Finally, someone in the room suggested that they call James and prove that I was lying. I agreed to the idea. James asserted that it was he alone who decided to postpone the session, and that he and I had a fine working relationship. I will always be thankful to James for that. (PS: There were a number of humbled (but non-apologetic) executive faces in the room after that call.)] 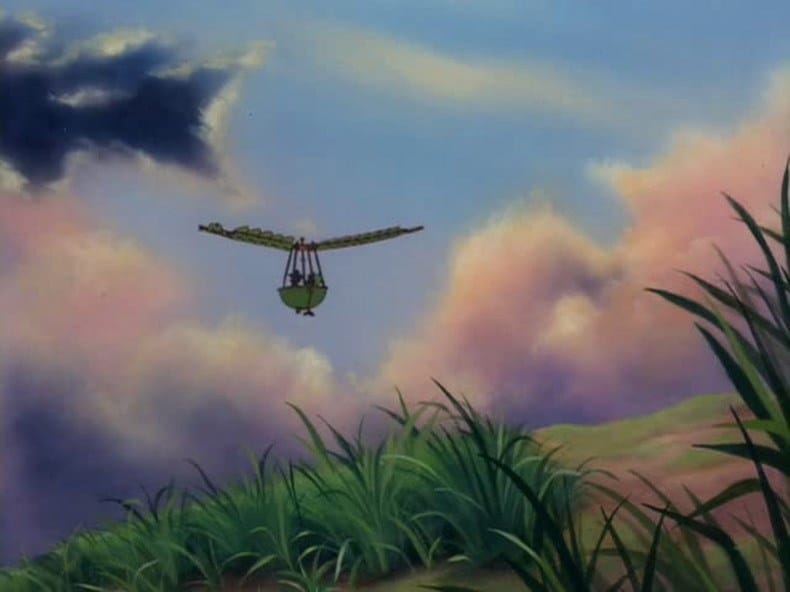 JHFM: What are your general sentiments about the score?
CG: I am very, very fond of James’s score for Once Upon a Forest. His cue when it is revealed that the furlings have arrived at their goal of Willow Brook still gives me chills today. The orchestral build to the crescendo of the reveal is breathtaking. And the flying cue, when our heroes are navigating the flapper wing-a-ma-thing, is just soaringly beautiful. That cue was used later in a documentary film about a man in a mini-flying machine helping some birds to their proper migratory route, and it remained just a marvelous bit of music.
JHFM: What’s next for you?
CG: I am retired now, and do just a bit of consulting and freelance work in animation. I am in hopes of minimizing that work and beginning, in earnest, a series of oil paintings I have had in mind for a couple of decades and which should take about three years to finish. I mentioned these to James around the time of his nomination for his work on A Beautiful Mind, and how I am always more inspired to paint when I listen to his scores. The paintings will be of a musical theme, in large part inspired by James’s work. Wish me luck!… And I wish you and your organization the very best and am delighted that you honor the genius of James Horner. I feel extremely privileged to have been able to work with him.
JHFM: Thank you again for this interview and we do wish you the best of luck!
© Photo Credit: 20th Century Fox 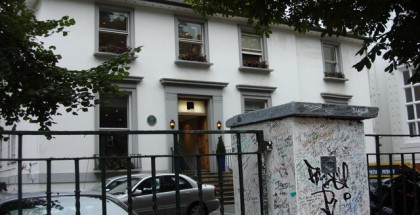 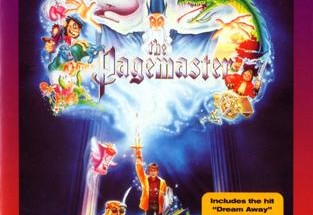 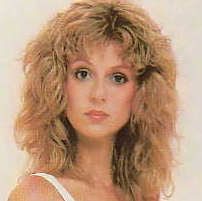 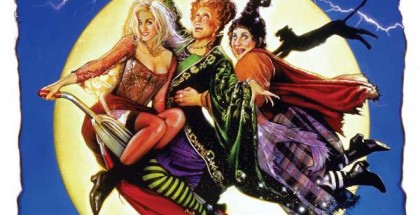 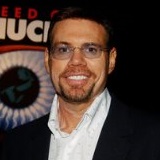 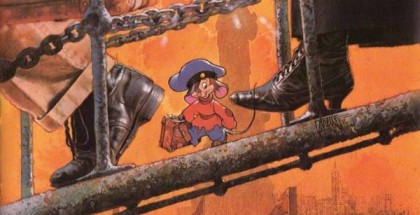 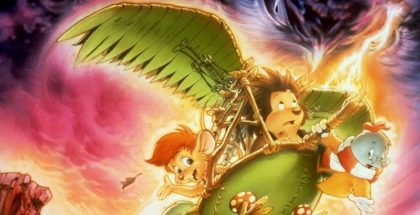 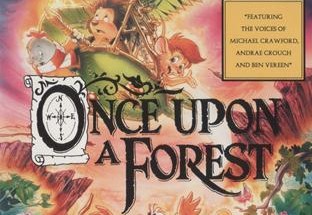 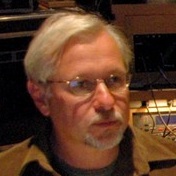 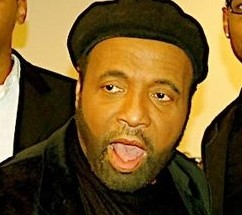