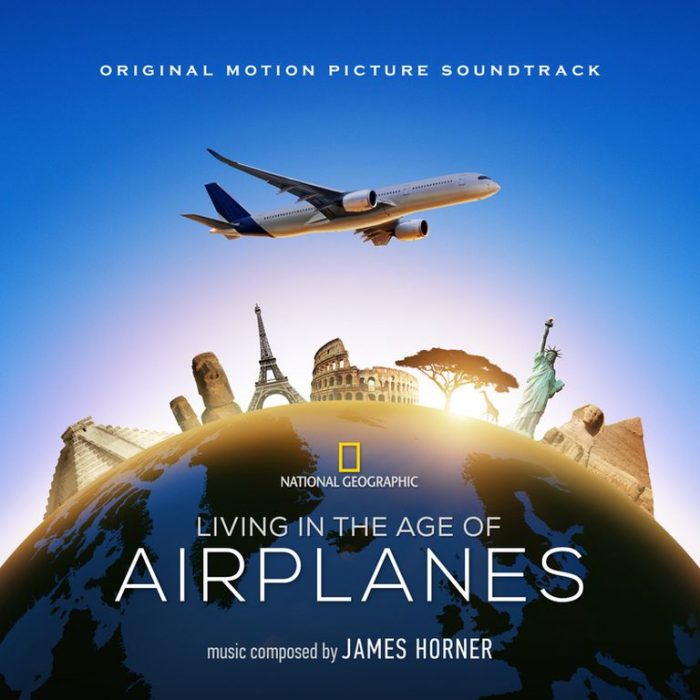 James Horner's score for the feature documentary, Living in the Age of Airplanes, will be released in October of 2016 as a digital download on iTunes. This news was announced on the film's website (airplanesmovie.com/soundtrack), where 30-second excerpts of each track (untitled here) are available.
TRACK 1

OTHERS EXCERPTS
The film, directed by Brian J. Terwilliger and narrated by Harrison Ford, explores the ways in which flight affects our modern world. It is still playing in select museum theaters, listed on the website. The film will be released on DVD/Blu-ray in early September, to ship in October of this year.