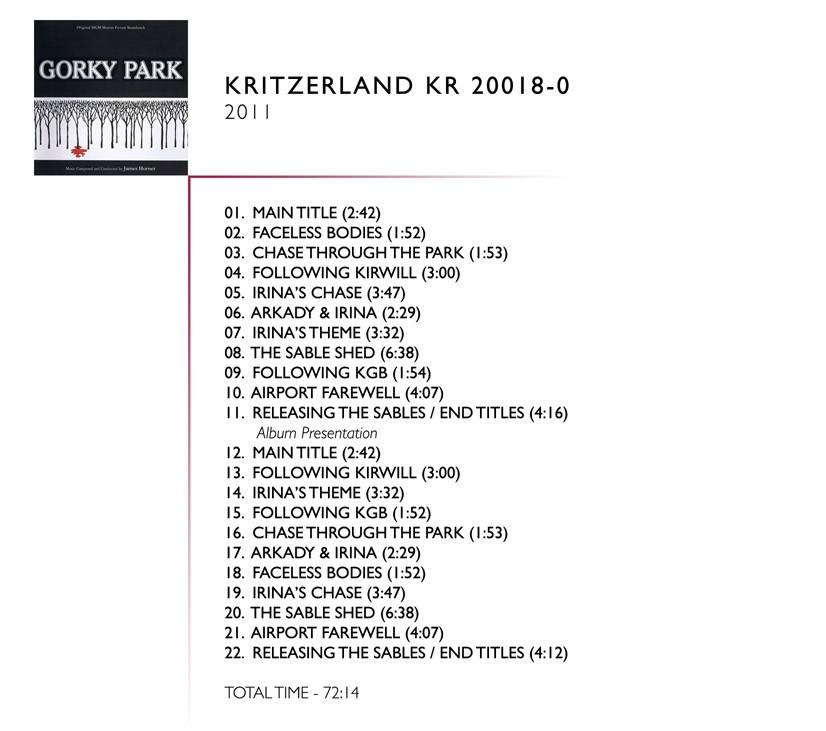 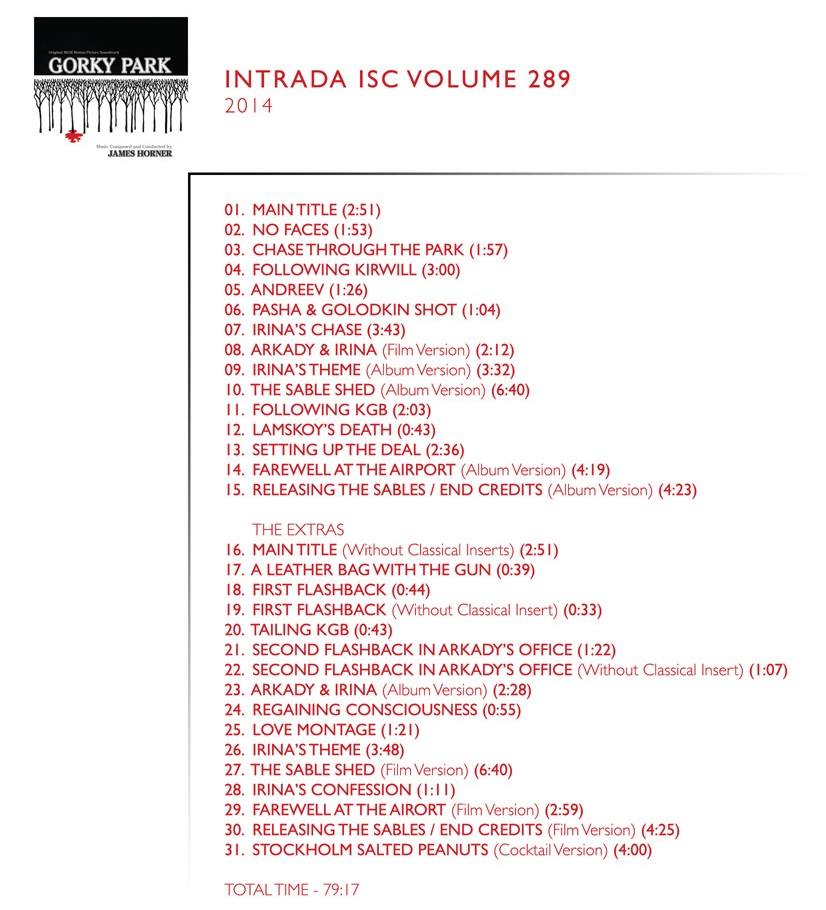 The Words of James Horner is a series of articles intended to republish some twenty interviews Didier Leprêtre and Jean-Christophe Arlon conducted between 1997 and 2006 and published only in French in the magazines Dreams To Dream and its successor Cinéfonia. Unfortunately, the English-language audio tapes of the interviews are now[...]

After Varese Sarabande in 1986 on LP and CD and Kritzerland Records in 2011, which included two presentations of the score, it was the turn of Intrada to launch a new edition of Gorky Park (1983). Why? Simply because the perfectionism of Intrada's craftspeople, Douglass Fake and Roger Feigelson, led[...]

© kcet.org Dan Wallin (born 13 March 1927) is an American sound engineer. He was nominated for two Academy Awards in the category of Best Sound. He has worked on over 500 films since 1965, including 48 Hours, Body Heat, Gorky Park and Star Trek 2.  Source: kcet.org wikipedia By ChStone (Own work)[...]

Par David Shankbone (David Shankbone) [GFDL, CC-BY-SA-3.0 ou CC-BY-SA-2.5-2.0-1.0], via Wikimedia Commons Michael Apted (born 10 February 1941 in Aylesbury, Buckinghamshire, Great Britain) is a British film director and producer. In 1963, Apted made a documentary series 7 Up that followed in the first few episodes several children, who filmed what they[...]