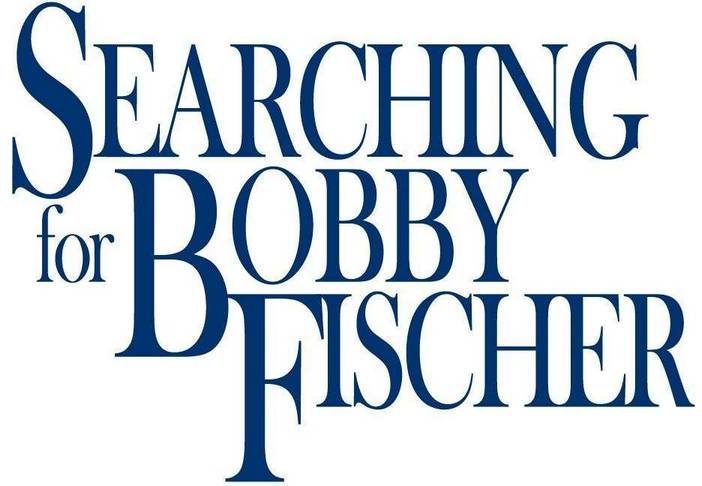 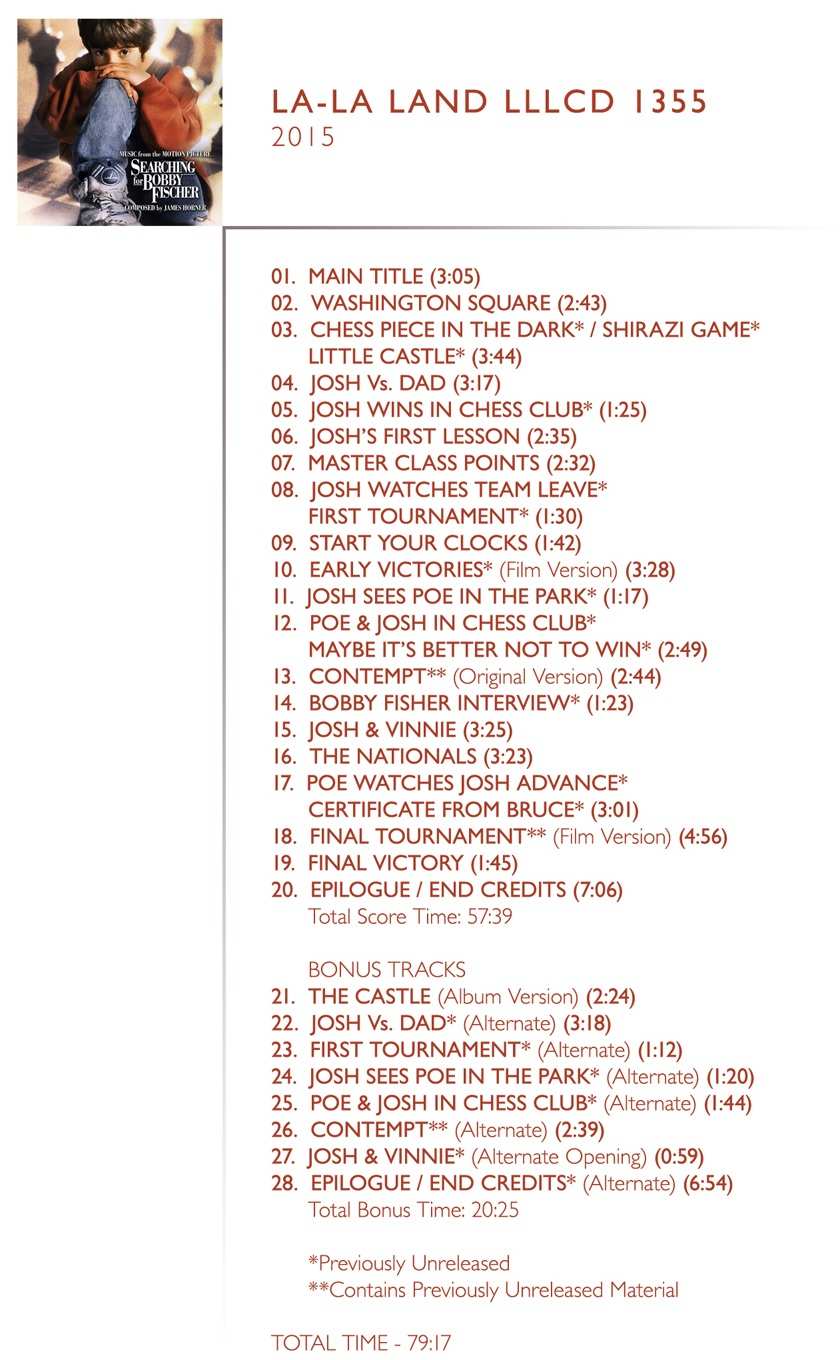 SEARCHING FOR BOBBY FISCHER: AN EXPLORATION IN RHYTHM

When I heard that La-La Land Records was going to be releasing an expanded and remastered recording of James Horner’s score for the 1993 film, Searching for Bobby Fischer, I was overjoyed. Horner’s work for this is one of his greatest masterpieces in his amazing career. It is also, perhaps, one of his most underappreciated scores. Horner has always been a master at tugging at our emotions by so perfectly accompanying what is happening on the screen, and his work on this film is certainly no exception. It is with pure joy that I rediscovered this score through the LLLR[...]

It was a late August evening in 1993. I was laying in my old bed in my parents’ house, my first summer after a year of studying Chemical Engineering at the University of California, Santa Barbara. I had a Discman at my side, Koss headphones plugged in, and the newest James Horner soundtrack ready to spin for the first time. I’d been listening to soundtracks for about 3 years now, and it was kinda “my thing”. I had a few composers I was “into”, and one of them was James Horner. I’d enjoyed his music to Field of Dreams, Glory,[...]

For many fans of James Horner’s music, 1993 was a high water mark, in terms of both quality and quantity, with no fewer than 13 films released that year featuring music written by James Horner.  Chief among them was Horner’s score to Searching for Bobby Fischer, an intimate true story about a young chess prodigy, starring Joe Montegna as the boy’s father and Ben Kingsley and Laurence Fishburne as the boy’s opposite-ends-of-the-spectrum chess mentors.  Horner’s score is simultaneously deeply intimate and exhilarating, offering us the composer’s earliest examples of accelerated piano ostinati representing the thrill of a brilliant intellect at[...]

Steven Zaillian (born January 30, 1953) is a producer, screenwriter and film director. In 1993, he won an Oscar for the screenplay of Schindler's List. The same year, he directed Searching for Bobby Fischer, a film about chess. In 2006 he also directed All the King’s Men with Sean Penn, Kate Winslet and Jude Law. Recognized as a clever and subtle writer, he was also nominated for The Awakening (1990), Gangs of New York (2002) and Moneyball (2011). Note: he was also the writer of Jack The Bear and Clear And Present Danger, two films that composer James Horner scored.    Source: Wikipedia   [...]