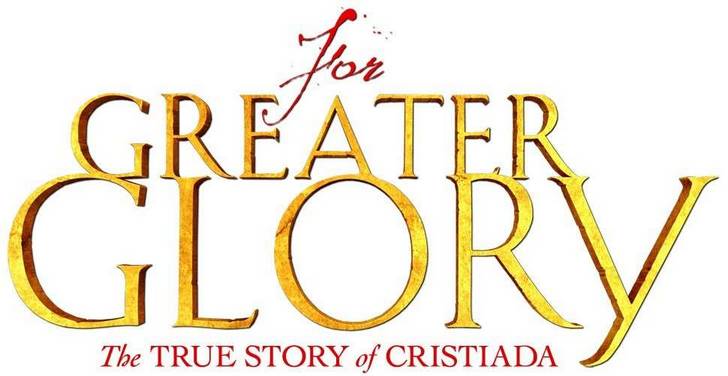 FOR GREATER GLORY: AN ANALYSIS AND AN INTERPRETATION

When in 2011 James Horner was offered the Mexican-made Cristiada (re-titled For Greater Glory for its international release), he realized he was placing himself in the service of the faith crowd. And faith-based movies are invariably a risky proposition.   The project marked the directorial debut of Dean Wright, who had acted as special effects supervisor on the first two Narnia movies and had made significant contributions to Peter Jackson’s The Lord of the Rings trilogy, and that’s just the tip of the iceberg. While For Greater Glory features some commendable digital matte paintings, the production’s modest budget precluded the kind of[...]

When Jean-Baptiste asked me if I wanted to write something regarding Cristiada, I looked up the only two texts I have ever written regarding James. One in 2011 after the visit at Abbey Road for the old Hornershrine, and one after James passed away in 2015. Reading both now feels like there are ages between them, probably the only similarity being that I had trouble putting my feelings into words both times. I can remember the excitement and that overwhelming surreal feeling of having experienced something so out of the ordinary in 2011, but also the insecurity of probably having[...]

Collage - The Last Work is a James Horner compilation album that you’ll definitely want to listen to - and will revisit time and again. It not only presents the concert piece that lends the album its title, but also serves up generous re-recordings of cues from previous scores, one in an absolutely stunning new arrangement. To put the icing on the cake, the album offers two excellent suites from the 2012 student film, First in Flight, one of Horner’s final scores, in a stellar orchestral performance that enriches the score originally recorded for the film, which was performed electronically[...]

"It's logical" is a series of articles about the logical construction, coherence, visual, narrative, symbolic and emotional dimensions of the many and significant allusions and quotes that James Horner always peppered his work with.   Beyond the partial reprisal of the piano melody from Casper (1995), a melancholy interpretation of childhood lost, The Spiderwick Chronicles (2008) presents a theme of flight. Its first appearance occurs in the middle of the film, and at 3'22 into The Flight of the Griffin, scoring a fantastical creature (half-eagle, half-lion) which travels between the realms of reality and imagination.   A bridge of sorts between the earth and[...]

If one had to sum up the music of For Greater Glory in one word, it would be a name. In Latin, Clara means shiny, or glorious, and these two adjectives perfectly suit James Horner's latest album. But this word also refers to a wonderful person who kindly accepted this interview, a year ago, and had never forgotten about us since then. A very accessible and pleasant person, Clara Sanabras takes time to go back on this collaboration which, just like the collaboration with Rahat Nusrat Fateh Ali Khan, is a real landmark event in James Horner's achievements.           How did you[...]

EXCERPTS FROM 'FOR GREATER GLORY'

Online shops (Amazon and Colosseum) now propose excerpts from the forthcoming album of For Greater Glory (Cristiada), to be released on next October 2.   And at Colosseum Records: EXCERPTS FROM 'FOR GREATER GLORY' [...]

Tulita (Eva Longoria) is General Gorostieta's wife (Andy Garcia) in For Greater Glory. Photo Credit – Hana Matsumoto photo, courtesy of AR C Entertainment   Varèse Sarabande has announced a soundtrack release for the historical epic drama For Greater Glory: The True Story of Cristiada. Recorded in May 2011 with a 100-piece orchestra and choir at Abbey Road Studios in London. The soundtrack will be released on September 18, 2012. Source : VareseSarabande.com   [...]

London Voices is, as its name suggests, a choral ensemble based in London. It was founded in 1973 by Terry Edwards. The choir has participated in many films: Star Wars, The Lord of the Rings, The Mission and Harry Potter. They also worked with artists such as Luciano Pavarotti and Queen.   Site officiel : Londonvoices.co.uk           [...]

© scorringsessions David Slonaker is an American orchestrator. Since 1992, he has participated in more than 70 original soundtracks. He is a regular contributor to the works of Danny Elfman and Alan Silvestri. Source: IMDb     [...]